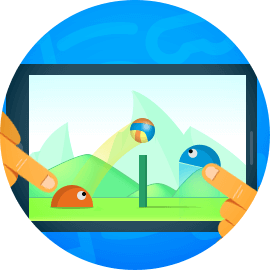 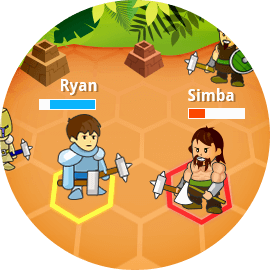 Massive Multiplayer Online games are regarded as the beast in game development. The game supports thousands of concurrent players in one instance and enables them to interact, compete and cooperate in large scale. The Scalable architecture and Networking servers become the vital core components of MMO games and apps. The most popular sub-genre is Massive Multiplayer Online Role Playing Game (MMORPG) where player assumes an Avatar in a fictional setting.

Why Hire Our Multiplayer Game Creator?

Adobe developed RTMP for Real Time Streaming and to enhance security layer of communication evolved variations like RTME, RTMS, RTMPT. It can be implemented successfully in multiple technologies like Objective C for iPhone/iPad, Android SDK, J2ME and AS3. The servers implementing these protocols support server side real time update via Remote Shared Objects as well as easily maintain game states and implement features like spectators, user banned list, rooms and IP banned list. Some of RTMP servers we use are mentioned below:
Red5: Open source RTMP server implemented in Java and built using Springs IOC and high end ORM technologies like Hibernate.
Wowza: It is another RTMP server built on java. It has licensed version and is very famous for streaming applications.
Flash Media Server: We generally suggest the Amazon Web Services (WBS) option for FMS. This allows startups to launch their game without huge initial investment as billing is done based on server usage.

Fast, reliable, stable and most promising gaming server. We use its XML based configuration to create rooms, user and IP banned lists. SFS offer API`s supporting multiplatform development and its binary streaming leads to low latency and makes it perfect for role playing games.

XMPP is the de-facto protocol for roster groups and chat feature and its universal support for all platforms have propelled it to Industry Standard Protocol. As a P2P protocol we prefer implementation with Jingle and generally customize Pub/Sub and Multi-User-Chat modules. Here are two open-source reliable, fast servers we use:
Ejabberd: Erlang based server used to implement live chat
Openfire Server: Java based server with ActionScript 3 XMPP client library

With new HTML5 API`s we easily create HTML5 sockets which helps us to stop using HTTP polling and HTTP bind. This is similar to TCP and UDP sockets and we use open-source WebSockets like jWebSocket.

The tools and engine we use to help develop MMO, MMORPG games :

Hire a multiplayer game creator through an interview. You get to manage and work closely with your team, and we bill you for hours worked.

After you discuss your idea with us we give a fixed cost and delivery plan. We architect, manage and deliver the project. We have daily/weekly status calls.You approve designs and releases.